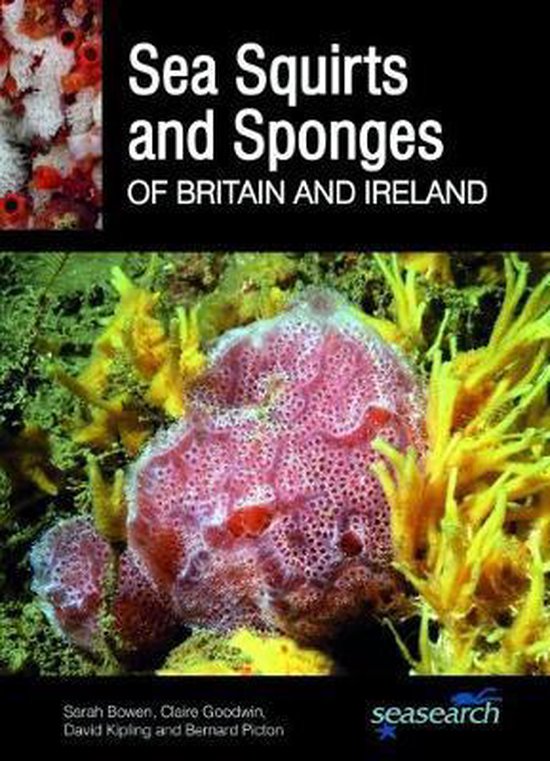 Sea Squirts and Sponges of Britain and Ireland

Sea squirts and sponges are found in most seafloor habitats around the coasts of Britain and Ireland. Despite being the dominant life forms in many areas, these two groups of under-recorded marine animals are often confused with one another, and most divers and snorkellers can recognise and name very few species. In fact, around 500 species of Ascidiacea (sea squirts) and Porifera (sponges) have been described so far in British and Irish seas, corresponding to over 4% of the world's total. This book is recommended reading for anyone who wants to identify and discover more about these fascinating and diverse animals. Rather than relying on the characteristics of preserved specimens, this guide uses marine photography and detailed underwater observations to concentrate on in situ features, allowing you to record species without collecting them. Most sea squirts found in Britain and Ireland's shallow waters are included, together with the most easily recognised sponges. Whether you are a student, a diver, a rockpooler or simply an enthusiast, this is an essential companion. aAA AA Over 115 species described in detail, with in situ photographs to help with underwater recognition aAA AA Information on size, depth, habitat and distribution aAA AA Key distinguishing features and areas of confusion in identification highlighted aAA AA Details of body structure, life histories, digestive and reproductive processes aAA AA Information about predators, interactions between species, non-native and problem invasive species