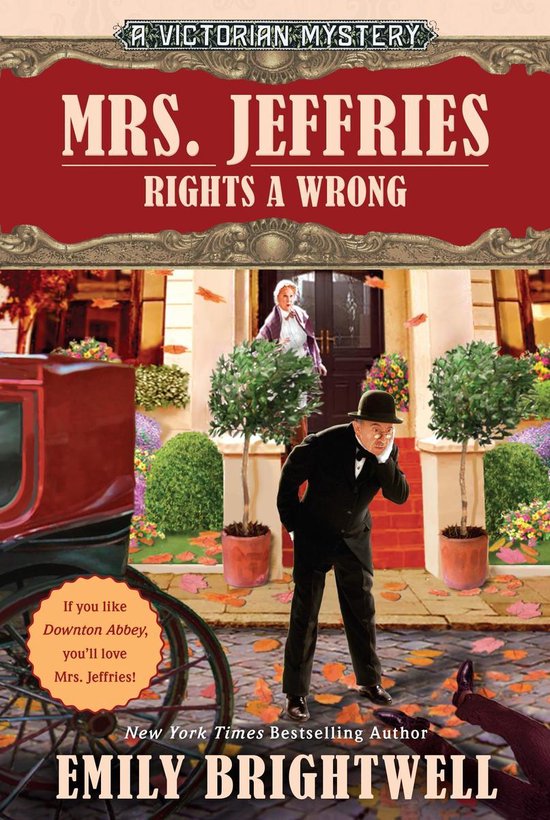 Mrs. Jeffries is back in the New York Times bestselling Victorian Mytery series, perfect for fans of Downton Abbey.

Thomas Mundy checks in to London’s Wrexley Hotel, but he never checks out. The maid finds him on the floor of his room, bludgeoned to death by his own walking stick. Inspector Witherspoon is soon on the case and learns Mundy had a reputation for being polite, charming, and diligent—an unlikely victim for such a violent crime.

But Mrs. Jeffries and the household staff uncover that Mundy was less an amiable businessman and more a duplicitous con man with enemies on both sides of the Atlantic. Now Witherspoon and his staff must determine who on their lengthy list of suspects had the motive to put Mundy in the red.

She keeps house for Inspector Witherspoon . . . and keeps him on his toes. Everyone’s awed by his Scotland Yard successes—but they don’t know about his secret weapon. No matter how messy the murder or how dirty the deed, Mrs. Jeffries’ polished detection skills are up to the task . . . proving that behind every great man there’s a woman—and that a crimesolver’s work is never done.