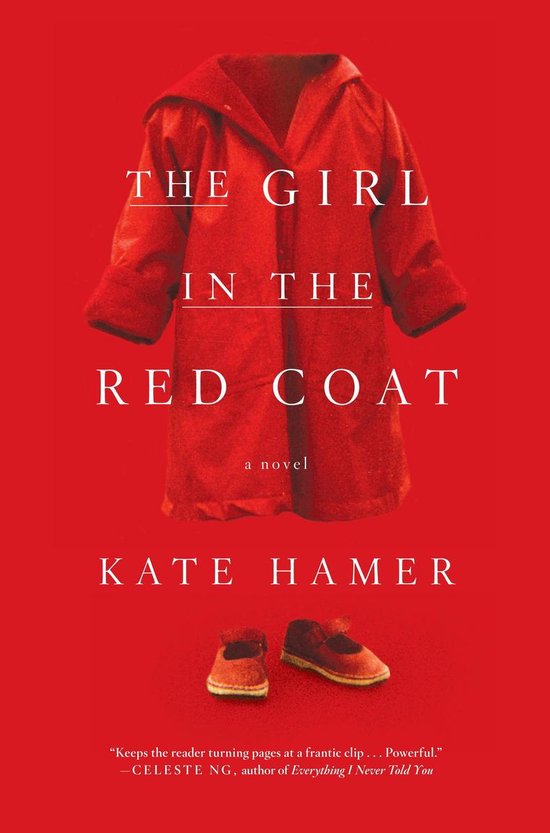 The Girl in the Red Coat

Newly single mom Beth has one constant, gnawing worry: that her dreamy eight-year-old daughter, Carmel, who has a tendency to wander off, will one day go missing.

And then one day, it happens: On a Saturday morning thick with fog, Beth takes Carmel to a local outdoor festival, they get separated in the crowd, and Carmel is gone.

Shattered, Beth sets herself on the grim and lonely mission to find her daughter, keeping on relentlessly even as the authorities tell her that Carmel may be gone for good.

Carmel, meanwhile, is on a strange and harrowing journey of her own—to a totally unexpected place that requires her to live by her wits, while trying desperately to keep in her head, at all times, a vision of her mother …

Alternating between Beth’s story and Carmel’s, and written in gripping prose that won’t let go, The Girl in the Red Coat—like Emma Donoghue’s Room and M. L. Stedman’s The Light Between Oceans—is an utterly immersive story that’s impossible to put down . . . and impossible to forget.

**"Kate Hamer’s gripping debut novel immediately recalls the explosion of similarly titled books and movies, from Stieg Larsson’s The Girl With the Dragon Tattoo and its sequels, to The Girl on the Train to Gone Girl … "—Michiko Kakutani, The New York Times

“Keeps the reader turning pages at a frantic clip... What’s most powerful here is not whodunnit, or even why, but how this mother and daughter bear their separation, and the stories they tell themselves to help endure it.” —Celeste Ng (Everything I Never Told You)**

**“Compulsively readable...Beautifully written and unpredictable, I had to stop myself racing to the end to find out what happened.” —Rosamund Lupton (Sister)

“Both gripping and sensitive — beautifully written, it is a compulsive, aching story full of loss and redemption.” —Lisa Ballantyne (The Guilty One)**

"Hamer’s dark tale of the lost and found is nearly impossible to put down.” —Booklist