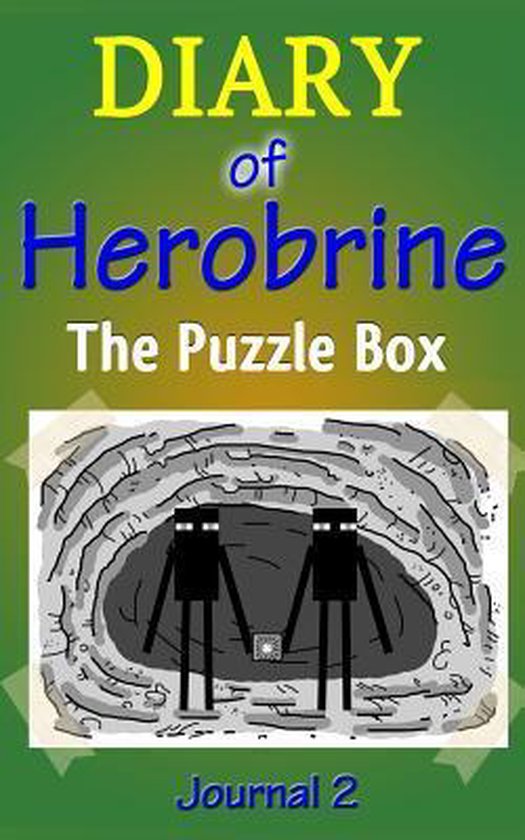 The Herobrine Journal Series: The Most Incredible of all the Minecraft Stories for Kids.
The Puzzle Box - The Second Chapter in Brian's stunning change from peace-loving farmer to the merciless Herobrine.

This is Brian's story and Herobrine's beginning - includes drawings by the man himself!
We have found Brian's second journal, the story in his own words, of how he began his search for his brother.
Brian was living a contented and peaceful life with his more bold and adventurous brother Steve, when a zombie army descended on them and changed their lives forever.
Now Brian begins the search for his brother where he must face; creepers, skeleton archers, spiders, endermen and a huge white dog with big teeth and a terrible farting problem!

Drawings by Brian
Lucky for us that Brian could draw because he created loads of sketches to show what happened on his heart-stopping journey.

Read about the birth of Herobrine in Brian's own wordsBrian's journal describes how he became entangled in Minecraft adventures and how it led him to become the most feared and least understood character in Minecraft.

Scroll up and Click Buy Now - one of the Best Minecraft Books for Kids Available Today.