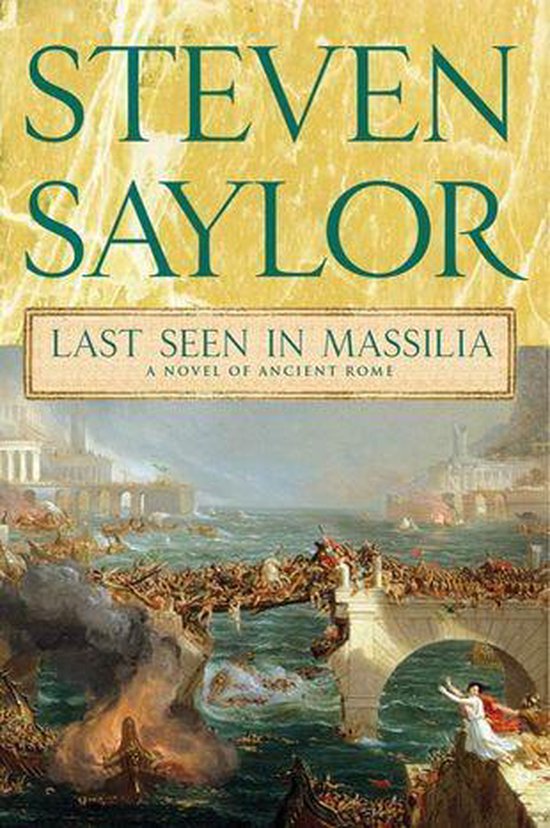 In 49 B.C., a bloody civil war between the forces loyal to Pompey and Julius Caesar has engulfed the Roman world and no one is allowed to be neutral. With Rome itself in turmoil, Gordianus the Finder receives an anonymous message informing him of the death of his son Meto, who lately has been acting as a double agent for Caesar. In search of the truth about Meto's fate, Gordianus journeys to the beseiged seaport of Massilia (modern-day Marseilles) which has sided with Pompey and is now stubbornly holding out against Caesar's troups camped just outside it's gates and harbor.

Using his wits, Gordianus discovers a way past the seige troops and into Massilia. But once there he finds himself in a city where famine and slaughter threaten the populace, and intrigue and recriminations has taken over a city that cannot hope to stand out much longer against the troops outside it's walls. His only friend is Hieronymus, the doomed scapegoat chosen by the priests of Artemis to bear the sins of the population and save them from annihilation. When Gordianus witnesses the fall of a young woman from a precipice called Sacrifice Rock, he becomes entangled in finding out what exactly happened - did she fall or was she pushed? -- and where, in all of this, is the truth about his missing son.