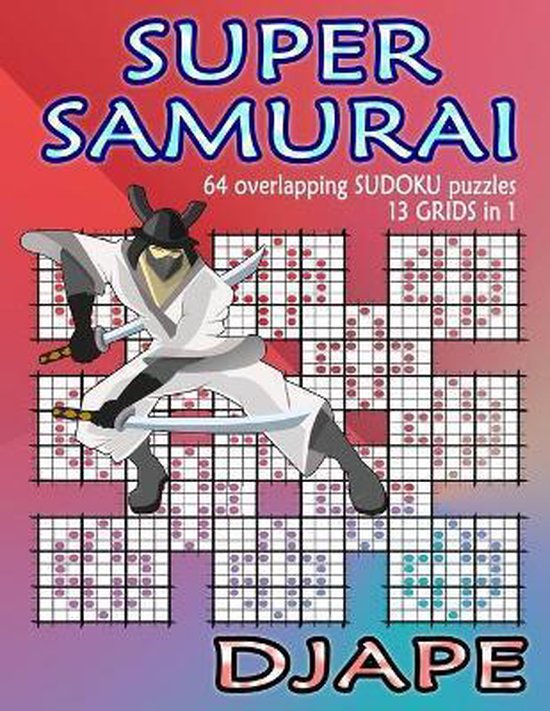 If you belong to the second category, this book is for you!

Essentially, there are 13 Sudoku sub-puzzles which overlap the same way as in Samurai Sudoku.

So it is like having 4 Samurai Sudokus on top of each other!

This books comes from Djape who has been supplying Sudoku Samurai puzzles for The Washington Post since 2005.Are you up for this challenge?