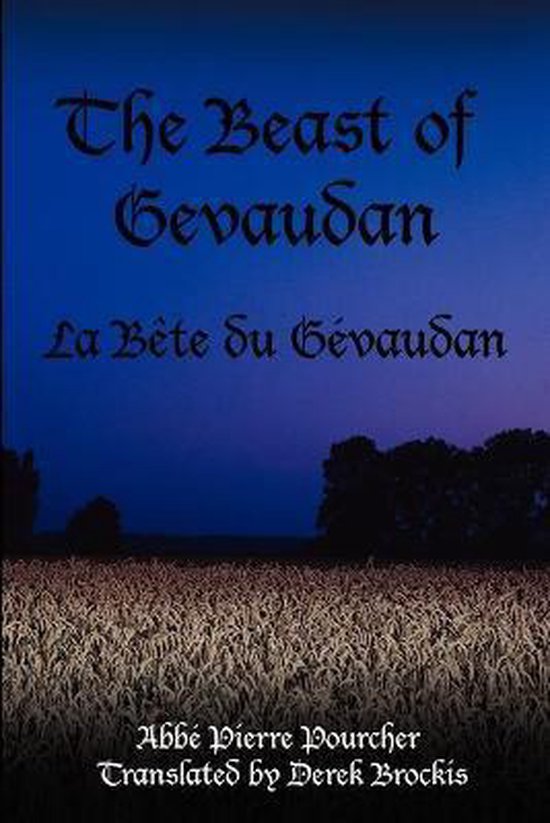 The Beast of Gevaudan

La Bete du Gevaudan was a real wolf-like monster living in the Auvergne from 1764 to 1767. She killed about one hundred people. Prowling Catholic pre-Revolutionary France, she spread terror among the aristocrats and peasants of the beautiful Auvergne countryside. Her story beats most mystery novels in false trails, horror and atmosphere. The big difference is La Bete was real, not fiction, and leaves for ever the unanswered question, "What was she?" All efforts to stop her failed and she became infamous throughout France. The king - Louis XV - took a personal interest in her activities and how to destroy her. Many explanations - alien, prehistoric beast, mutant etc. - were put forward at the time and during the two centuries since but none have ever been widely accepted. A mass of evidence remains that La Bete did exist and was not just a legend. Compared with other monster mysteries she is unique, leaving graves, witnessed parish records, and archives of official documents, many of them included in this book, proving her real and guilty beyond doubt. Read Pourcher's book carefully and draw your own conclusions. Even if you arrive at a conventional solution to the mystery, doubts might linger as darkness falls. If twigs crack, don't whistle.