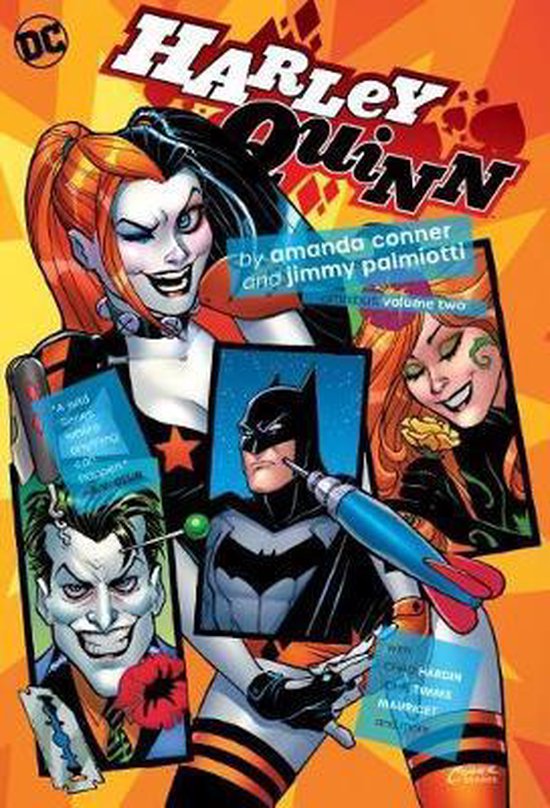 She's the psychopathic psychotherapist with a heart of gold and a mind for mayhem, it's Harley Quinn! First join Harley and her gal pals, Ivy, and Catwoman as they take the road trip of a lifetime across the U.S. of A! Then if you thought you'd seen all the chaos Harley was capable of unleashing, wait until she finds an all-powerful genie who will grant infinite wishes! If you don't have enough Harley then, we've got the cure for you--a whole Gang of Harleys and a series of epic superhero team-ups from the miniseries of Harley Quinn's Little Black Book. This second hardcover omnibus volume finishes up this acclaimed creative team's unbelievable run on the series, including many miniseries and hard to find issues. Collects Harley Quinn #17-30, Harley Quinn Road Trip Special #1, DC Sneak Peek: Harley Quinn #1, Harley Quinn: Be Careful What You Wish For (Loot Crate Special) #1, Harley Quinn And Her Gang Of Harleys #1-6 and Harley Quinn's Little Black Book #1-6.