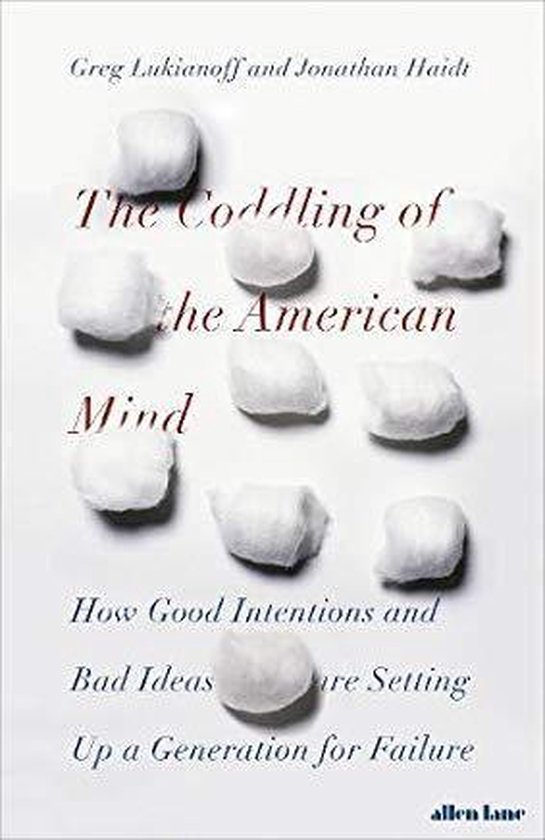 The Coddling of the American Mind

How Good Intentions and Bad Ideas Are Setting Up a Generation for Failure
€59.28 bij bol.com
Inhoud
Betrokkenen

'Excellent, their advice is sound . . . liberal parents, in particular, should read it' Financial Times The New York Times bestseller Financial Times, TLS, Evening Standard, New Statesman books of the year What doesn't kill you makes you weaker Always trust your feelings Life is a battle between good people and evil people These three Great Untruths contradict basic psychological principles about well-being, as well as ancient wisdom from many cultures. And yet they have become increasingly woven into education, culminating in a stifling culture of safetyism that began on American college campuses and is spreading throughout academic institutions in the English-speaking world. In this book, free speech campaigner Greg Lukianoff and social psychologist Jonathan Haidt investigate six trends that caused the spread of these untruths, from the decline of unsupervised play to the corporatization of universities and the rise of new ideas about identity and justice. Lukianoff and Haidt argue that well-intended but misguided attempts to protect young people can hamper their development, with devastating consequences for them, for the educational system and for democracy itself.