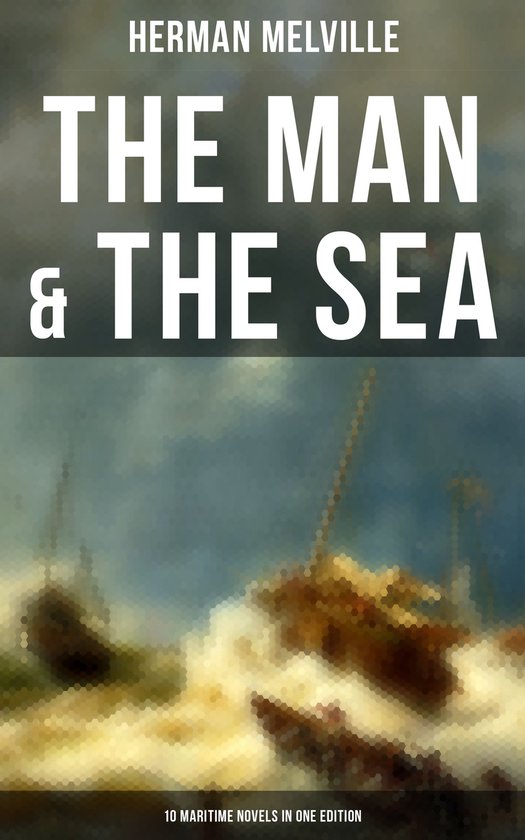 The Man & The Sea - 10 Maritime Novels in One Edition

White-Jacket; or, The World in a Man-of-War is a memoir of a year spent on a U.S. man-of-war, the 54-gun frigate USS "Neversink" in a voyage from Chile to Norfolk. Redburn: His First Voyage recounts the adventures of a refined young man among coarse and brutal sailors and the seedier areas of Liverpool. Mardi, and a Voyage Thither details the traveling of an American sailor who abandons his whaling vessel to explore the South Pacific. Moby-Dick; or, The Whale – Sailor Ishmael tells the story of the obsessive quest of captain Ahab for revenge on Moby Dick, the white whale that on the previous whaling voyage bit off his leg at the knee. Israel Potter: His Fifty Years of Exile – After hearing a rousing speech by General George Washington, Israel Potter leaves his plow to fight in the American Revolution. Billy Budd, Sailor: (An Inside Narrative) – A tale about seaman impressed into service in the year 1797, when the British Royal Navy was reeling from two major mutinies. Benito Cereno is a story about the revolt on a Spanish slavery ship captained by Don Benito Cereno. The Encantadas, or Enchanted Isles consists of ten "Sketches" on the Galápagos Islands. Typee: A Peep at Polynesian Life describes the narrator's four month stay on the island Nuku Hiva in the South Pacific Marquesas Islands. It is a story of capture, escape and romance. Omoo: A Narrative of Adventures in the South Seas – After leaving the island of Nuku Hiva, the narrator ships aboard a whaling vessel that makes its way to Tahiti. Herman Melville (1819-1891) was an American novelist, short story writer, and poet of the American Renaissance period. His writing draws on his experience at sea as a common sailor, exploration of literature and philosophy, and engagement in the contradictions of American society in a period of rapid change.