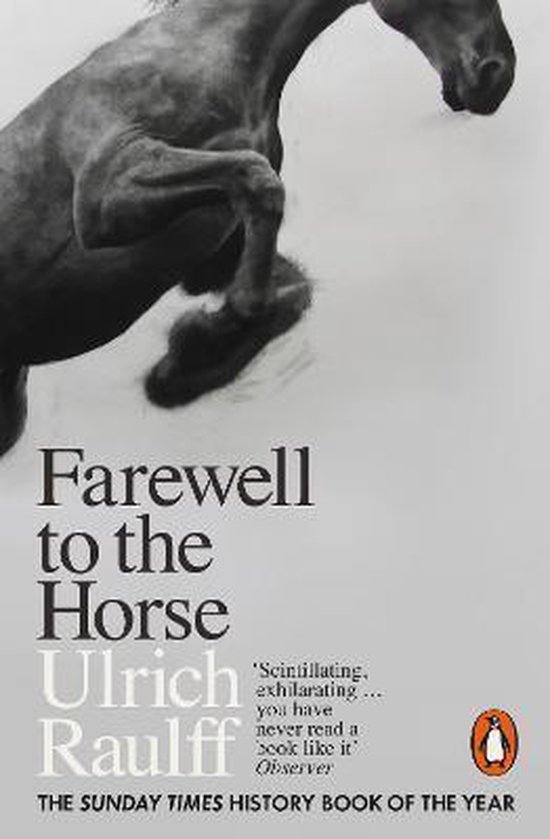 Farewell to the Horse

THE SUNDAY TIMES HISTORY BOOK OF THE YEAR 'A beautiful and thoughtful exploration of the role of the horse in creating our world' James Rebanks 'Scintillating, exhilarating ... you have never read a book like it ... a new way of considering history' Observer The relationship between horses and humans is an ancient, profound and complex one. For millennia horses provided the strength and speed that humans lacked. How we travelled, farmed and fought was dictated by the needs of this extraordinary animal. And then, suddenly, in the 20th century the links were broken and the millions of horses that shared our existence almost vanished, eking out a marginal existence on race-tracks and pony clubs. Farewell to the Horse is an engaging, brilliantly written and moving discussion of what horses once meant to us. Cities, farmland, entire industries were once shaped as much by the needs of horses as humans. The intervention of horses was fundamental in countless historical events. They were sculpted, painted, cherished, admired; they were thrashed, abused and exposed to terrible danger. From the Roman Empire to the Napoleonic Empire every world-conqueror needed to be shown on a horse. Tolstoy once reckoned that he had cumulatively spent some nine years of his life on horseback. Ulrich Raulff's book, a bestseller in Germany, is a superb monument to the endlessly various creature who has so often shared and shaped our fate.