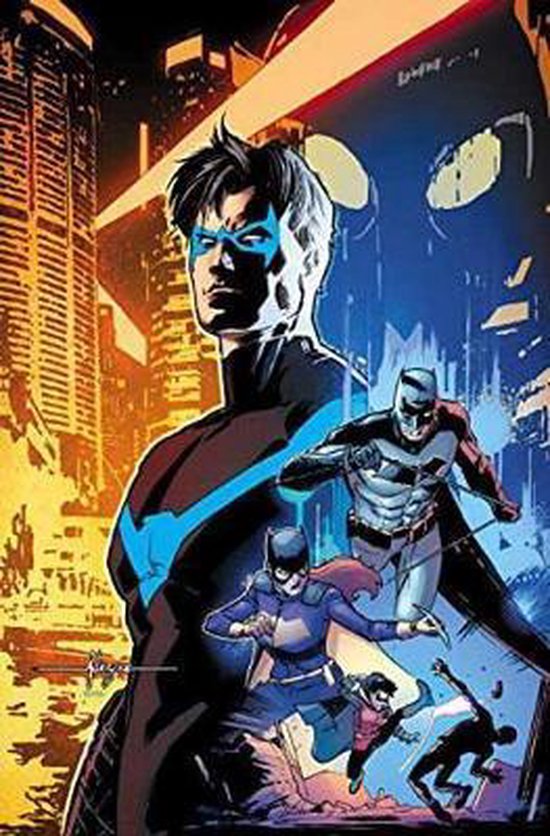 Back in blue, the latest hit NIGHTWING series is now collected in hardcover in NIGHTWING: THE REBIRTH DELUXE EDITION BOOK 1! Dick Grayson is his name. Heroism is his one true calling. To heed that call, he's worn many faces. He was the first Robin and a replacement Batman, a superspy and a dead man walking. But the greatest of the masks he's worn into battle against evil is the one he created himself-the one he's just won a hard-fought battle to take back. He's Nightwing. And he's returned to reclaim the streets of the cities he loves. From Gotham City to his adopted home of Bludhaven, Nightwing is taking the war on crime personally-and he's taking it right to the enemy. The all-powerful Court of Owls and their rogue agent Raptor. The old foes out for his blood and the new serial killer framing him for crimes he didn't commit. Even his mentor, the Dark Knight, and his longtime love interest Barbara Gordon, a.k.a. Batgirl, won't stand in his way. Now more than ever, the night belongs to Nightwing! Discover the start of an all-new saga in the life of one of comics' greatest heroes in NIGHTWING: THE REBIRTH DELUXE EDITION BOOK ONE, from the creative team of Tim Seeley, Javier Fernandez, Marcus To and Chris Sotomayor-exploding from the pages of the blockbuster DC: UNIVERSE REBIRTH event! Collects NIGHTWING: REBIRTH #1 and NIGHTWING #1-15.