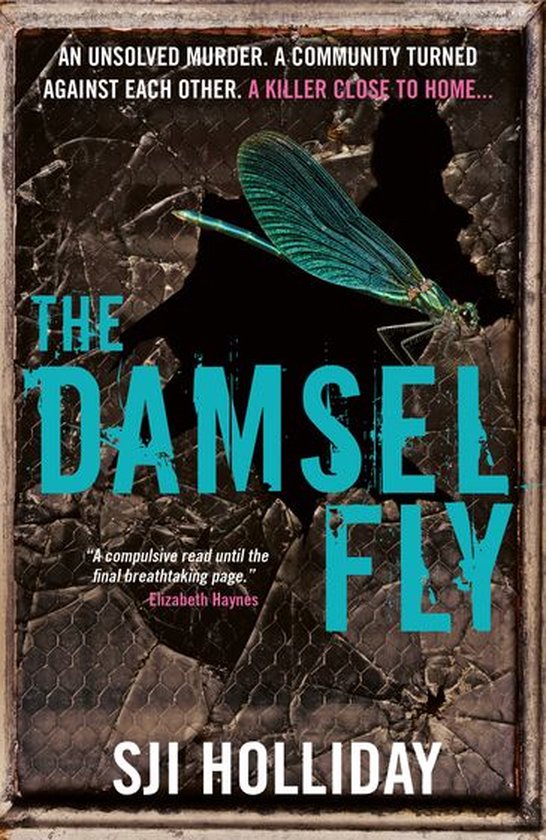 An unsolved murder. A community turned against each other. A killer close to home... The Damselfly is a gripping and unnerving crime thriller

Katie Taylor is the perfect student. She's bright and funny, she has a boyfriend who adores her and there are only a few months left of school before she can swap Banktoun for the bright lights of London. Life gets even better when she has an unexpected win on a scratch card. But then Katie's luck runs out.

Her tragic death instead becomes the latest in a series of dark mysteries blighting the small town. The new school counsellor Polly McAllister, who has recently returned to Banktoun to make amends in her own personal life, is thrown in at the deep end as the pupils and staff come to terms with Katie's death. And it's not long before she uncovers a multitude of murky secrets. Did Katie have enemies? Is her boyfriend really so squeaky clean? And who is her brother's mysterious friend?

With Banktoun's insular community inflamed by gossip and a baying mob stirring itself into a frenzy on social media, DS Davie Gray and DC Louise Jennings must work out who really murdered Katie before someone takes matters into their own hands...

The Damselfly is the latest novel from the bestselling author of Black Wood and Willow Walk set in the small Scottish town of Banktoun. Fans of Rachel Abbott, Angela Marsons and Peter James will love this rivetting psychological crime thriller as DS Davie Gray tries to hold together a community once again rocked by tragedy.

What readers are saying about The Damselfly:

"Multi-layered, fiendishly plotted and peopled by a cast of characters drawn with rare delicacy and skill." - Eva Dolan, author of Watch Her Disappear

"The Damselfly is everything we've come to expect from Holliday - unnerving, compelling, and grabs tight from the start." - Amanda Jennings, author of In Her Wake

"Grips throughout then stops you dead in your tracks, beautiful writing, beautiful plotting from an entirely twisted genius of an author." - LizLovesBooks

"I read it in a day - this is one you won't want to put down until its heart-breaking conclusion." - Jenny Blackhurst, author of Before I Let You In

"Think you're in for a cosy time of it if you move in to a small town? Read this book and have a re-think ... A pacy read: a fascinating ride, and one that will keep you glued to the book, right to the very last word." - Michael J Malone, author of A Suitable Lie

"Another haunting, fast-paced thriller. The Damselflygets under the skin of teenagers, families and the Banktoun community." - AK Benedict, author of The Beauty of Murder

"A blaster of a plot that grips you right from the get-go." - Ava Marsh, author of Untouchable

"A heart-thumping thriller, packed with twists and turns, that left me breathless." - Jane Isaac, author of Beneath the Ashes

"A forceful, utterly gripping story that builds and builds the suspense until the stunning ending that will leave readers gasping." - Random Things Through My Letterbox