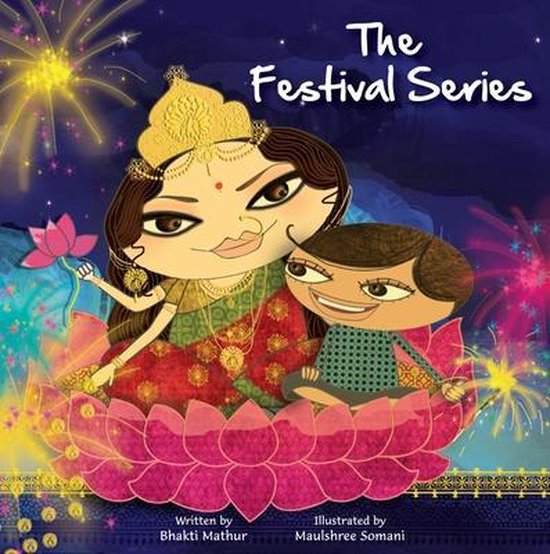 The Amma Tell Me Festival Series

A three book box set of the following festivals in the 'Amma Tell Me' Series:

1. Amma Tell Me About Holi!

Here is the magical story of Holi -The Indian festival of colours in all its glory,As told to Klaka, a little boy,by his Amma, with a lot of joy. First, a story of colours and fun:Naughty young Krishna and Radha, his loved one.Next, we celebrate the end of an evil fraud:A monstrous king who thought he was God. He threatened his own son, who did not think him divine.But against the evil king, faith and miracles did align.A story of faith, devotion and love.Passed down to children, from generations above...

2. Amma Tell Me About Diwali!

Brilliant firecrackers lighting up the night,Diyas twinkling like stars - what a sight!This is Diwali, in all its gloryAs told to little Klaka, by his Amma - a magical story.First the celebration of Prince Rama and his homecoming,His victory over Ravana, the evil demon King.Next a story of Lakshmi, the Goddess of wealthWho rewards her true devotees with fortune and good health!

3. Amma Tell Me About Ramayana!

The story of Rama, the righteous prince,Written ages ago by the poet Valmiki.This is Ramayana  an ancient, epic poem,As told by Amma to Klaka and Kiki.Beloved prince of Ayodhya, next in line to be king;Banished to the forest at his stepmothers behest.Waged a war with the demon Ravana to rescue his wifeHelped by an army of monkeys in his quest.