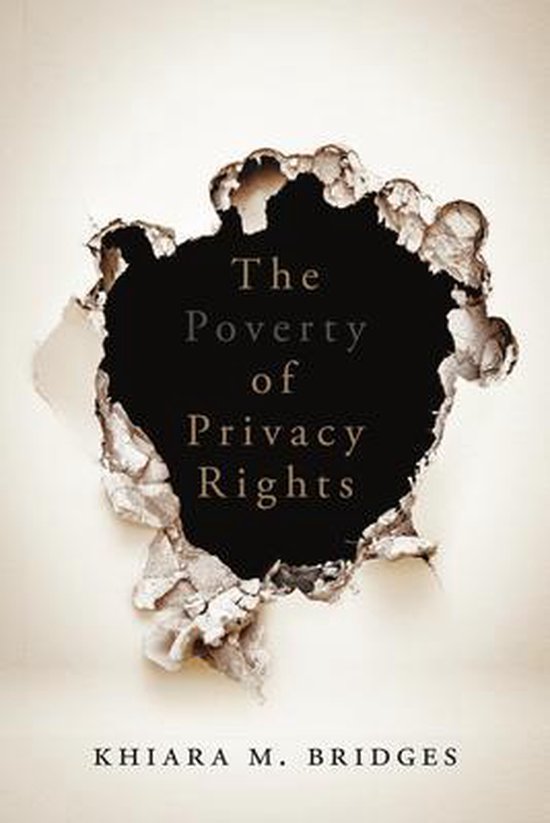 The Poverty of Privacy Rights makes a simple, controversial argument: Poor mothers in America have been deprived of the right to privacy. The U.S. Constitution is supposed to bestow rights equally. Yet the poor are subject to invasions of privacy that can be perceived as gross demonstrations of governmental power without limits. Courts have routinely upheld the constitutionality of privacy invasions on the poor, and legal scholars typically understand marginalized populations to have weak versions of the privacy rights everyone else enjoys. Khiara M. Bridges investigates poor mothers' experiences with the state-both when they receive public assistance and when they do not. Presenting a holistic view of just how the state intervenes in all facets of poor mothers' privacy, Bridges shows how the Constitution has not been interpreted to bestow these women with family, informational, and reproductive privacy rights. Bridges seeks to turn popular thinking on its head: Poor mothers' lack of privacy is not a function of their reliance on government assistance-rather it is a function of their not bearing any privacy rights in the first place. Until we disrupt the cultural narratives that equate poverty with immorality, poor mothers will continue to be denied this right.