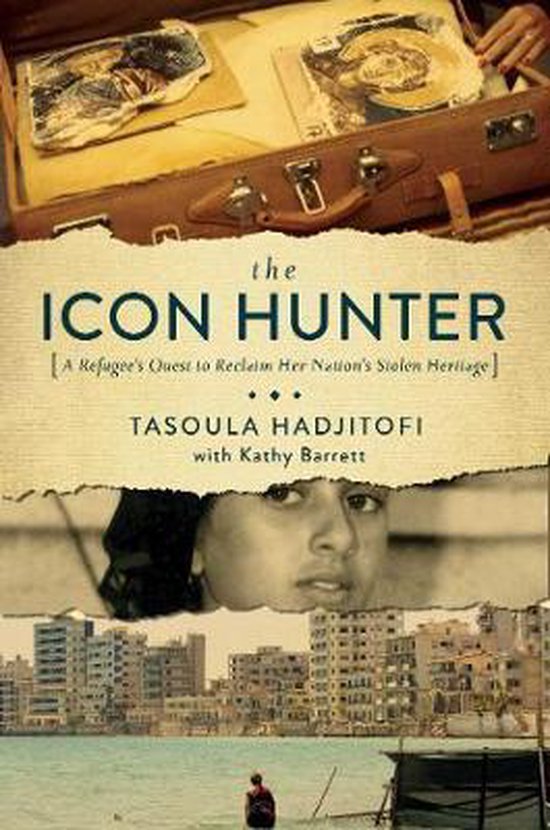 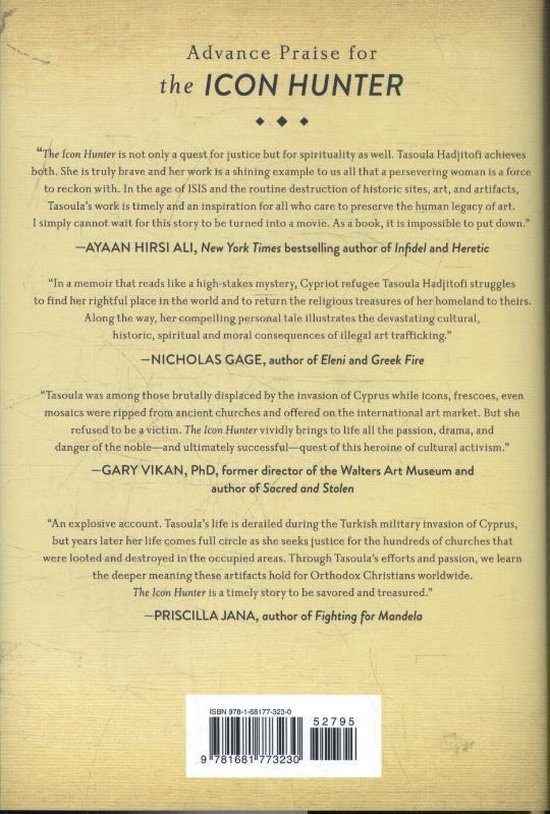 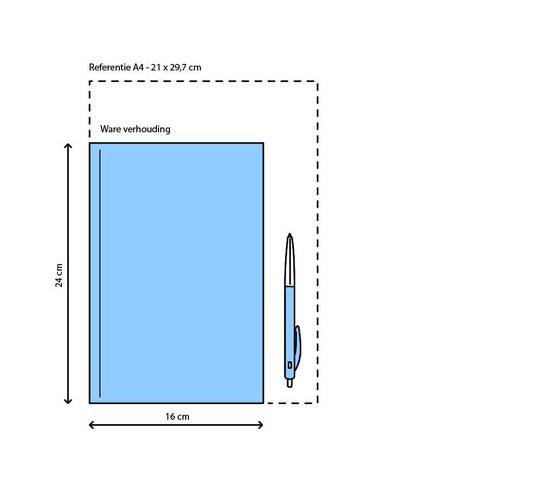 In this powerful memoir, Tasoula Hadjitofi reveals her perilous journey orchestrating The Munich Case -one of the largest European art trafficking stings since WWII. With the Bavarian police in place, the Cypriots on their way, seventy under-cover agents bust into the Munich apartment of a notorious Turkish smuggler suspected of holding looted antiquities. Tasoula places everything on the line to repatriate her country's sacred treasures, unaware that treachery lies in the shadow of her success. The Icon Hunter is a story torn from the pages of Tasoula's life as she and her Greek Cypriot family lose everything during the Turkish invasion of Cyprus. Hundreds of ancient Cypriot churches are destroyed, their contents looted and all signs of her Greek Cypriot culture erased as if it never existed. As a refugee, she wants justice. And then fate intervenes in the form of an archbishop and a dubious art dealer in search of redemption. Even as unspeakable personal tragedy strikes, she never gives up her search knowing the special place these antiquities hold in the hearts of Orthodox Christians. These icons are not just masterpieces-they are artistic manifestations of faith and a gateway to the divine. Using family and faith as her touchstones, Tasoula takes on these merchants of God as she navigates the underworld of art trafficking. Tasoula believes this to be her calling, and the Archbishop of Cyprus entrusts her-an ordinary woman, wife and mother-with the mission. In order to succeed, however, she must place her trust in an art dealer known for his double-dealing.