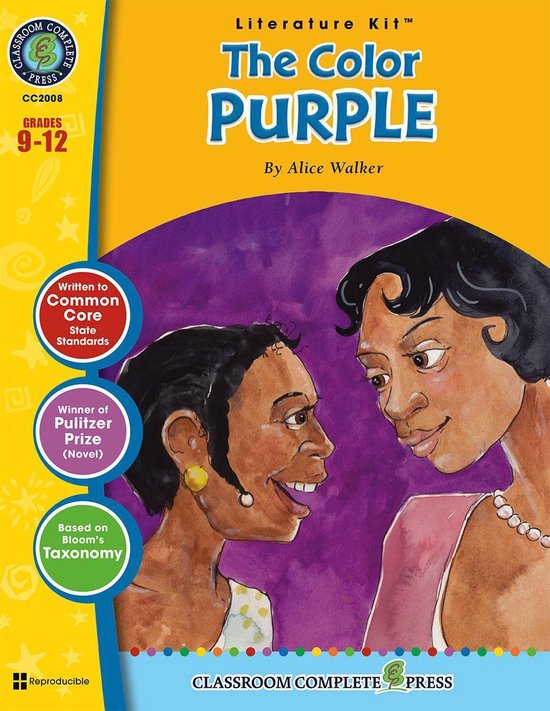 Witness the cruelty experienced by African-American women during the 1930s, their struggle, perseverance and self-discovery. An easy-to-follow format helps guide students to comprehend what they've read. Students begin by establishing how the format of the novel will affect the tone of the story. Describe the evidence Carrie and Kate provide that points to Annie Julia being a terrible wife. Then, find evidence that points to Celie being an exceptional wife. Discuss the differences in gender relationships from the novel to today. Write a police report detailing the events that took place between Sofia and the Mayor. Complete a chart highlighting how religion has directly affected the outcomes of important events in the novel. Aligned to your State Standards and written to Bloom's Taxonomy, additional crossword, word search, comprehension quiz and answer key are also included.

The Color Purple is the Pulitzer Prize-winning story about female African-Americans in 1930s southern United States. The story follows Celie, a young girl who begins writing letters to God after her father's abuse. She is forced into a marriage with Mr. Johnson after her father impregnates her twice, presumably killing both children. Celie continues living a life of obedience when she is exposed to Sofia's defiance of Mr. Johnson and his son's attempts to submit her. This results in Sofia moving out and taking her children with her. Meanwhile, Celie grows close to her husband's ill mistress, becoming confused over her feelings for the woman. The story progresses with Celie learning the truth about herself and her troubled past.