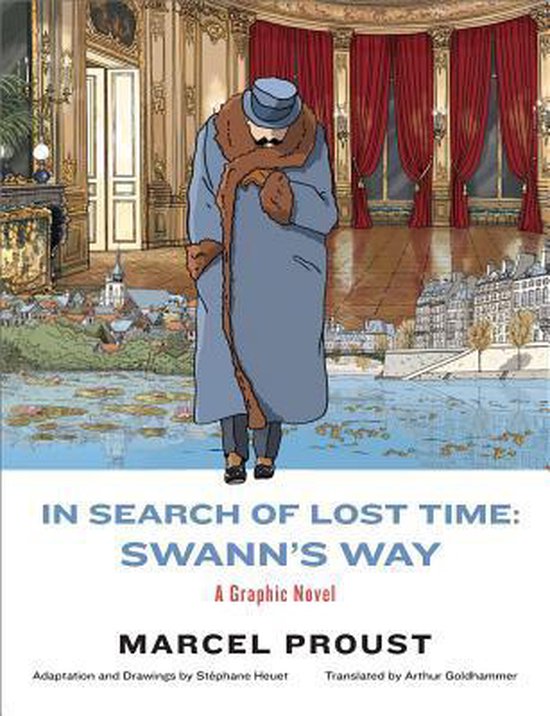 In Search of Lost Time

Proust was the greatest novelist of the twentieth century, just as Tolstoy was in the nineteenth, wrote Graham Greene. For those who began to write at the end of the twenties or the beginning of the thirties, there were two great inescapable influences: Proust and Freud, who are mutually complementary. With its sweeping digressions into the past and reflections on the nature of memory, Proust's oceanic novel In Search of Lost Time looms over twentieth-century literature as one of the greatest, yet most endlessly challenging literary experiences. Influencing writers like Virginia Woolf and James Joyce, and even anticipating Albert Einstein in its philosophical explorations of space and time, In Search of Lost Time is a monumental achievement and a virtual rite of passage for any serious lover of literature. Now, in what renowned translator Arthur Goldhammer says might be likened to a piano reduction of an orchestral score, the French illustrator Stephane Heuet re-presents Proust in graphic form for anyone who has always dreamed of reading him but was put off by the sheer magnitude of the undertaking. This graphic adaptation reveals the fundamental architecture of Proust's work while displaying a remarkable fidelity to his language as well as the novel's themes of time, art, and the elusiveness of memory. As Goldhammer writes in his introduction, the compression required by this kind of adaptation As Goldhammer writes in his introduction, the reader new to Proust must attend closely, even in this compressed rendering, to the novel's circling rhythms and abrupt cross-cuts between different places and times. But this necessary attentiveness is abetted and facilitated by the compactness of the graphic format. In this first volume, Swann's Way, the narrator Marcel, an aspiring writer, recalls his childhood when-in a now immortal moment in literature-the taste of a madeleine cake dipped in tea unleashes a torrent of memories about his family's country home in the town of Combray. Here, Heuet and Goldhammer use Proust's own famously rich and labyrinthine sentences and discerning observations to render Combray like never before. From the water lillies of the Vivonne to the steeple and stained glass of the town church, Proust's language provides the blueprint for Heuet's illustrations. Heuet and Goldhammer also capture Proust's humor, wit, and sometimes scathing portrayals of Combray's many memorable inhabitants, like the lovelorn Charles Swann and the object of his affection and torment, Odette de Crecy; Swann's daughter Gilberte; local aristocrat the Duchesse de Guermantes; the narrator's uncle Adolphe; and the hypochondriac Aunt Leonie. Including a Proust family tree, a glossary of terms, and a map of Paris, this graphic adaptation is a surprising and useful companion piece to Proust's masterpiece for both the initiated and those seeking an introduction.