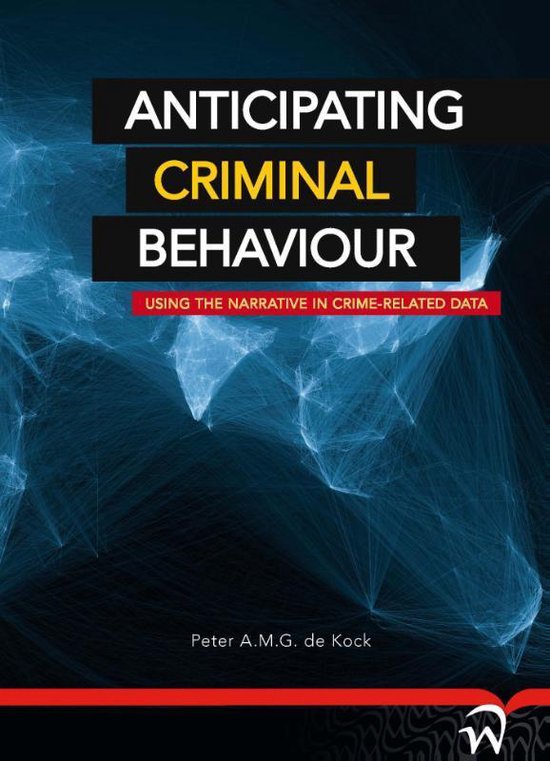 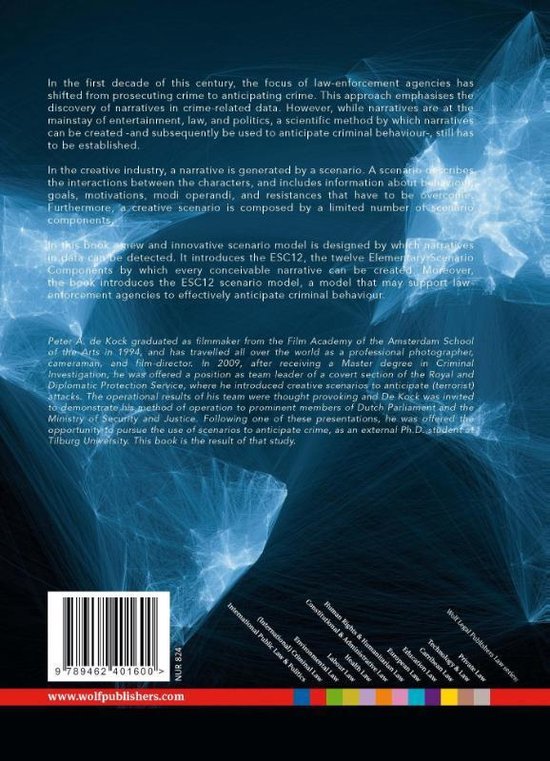 In the first decade of this century, the focus of law-enforcement agencies has
shifted from prosecuting crime to anticipating crime. This approach emphasises the discovery of narratives in crime-related data. However, while narratives are at the mainstay of entertainment, law, and politics, a scientific method by which narratives can be created -and subsequently be used to anticipate criminal behaviour-, still has to be established.

In the creative industry, a narrative is generated by a scenario. A scenario describes the interactions between the characters, and includes information about behaviour,goals, motivations, modi operandi, and resistances that have to be overcome. Furthermore, a creative scenario is composed by a limited number of scenario components.

In this book a new and innovative scenario model is designed by which narratives
in data can be detected. It introduces the ESC12, the twelve Elementary Scenario
Components by which every conceivable narrative can be created. Moreover,
the book introduces the ESC12 scenario model, a model that may support lawenforcement agencies to effectively anticipate criminal behaviour.

Peter A. de Kock graduated as filmmaker from the Film Academy of the Amsterdam School of the Arts in 1994, and has travelled all over the world as a professional photographer,cameraman, and film-director. In 2009, after receiving a Master degree in Criminal Investigation, he was offered a position as team leader of a covert section of the Royal and Diplomatic Protection Service, where he introduced creative scenarios to anticipate (terrorist)
attacks. The operational results of his team were thought provoking and De Kock was invited to demonstrate his method of operation to prominent members of Dutch Parliament and the Ministry of Security and Justice. Following one of these presentations, he was offered the opportunity to pursue the use of scenarios to anticipate crime, as an external Ph.D. student at
Tilburg University. This book is the result of that study.