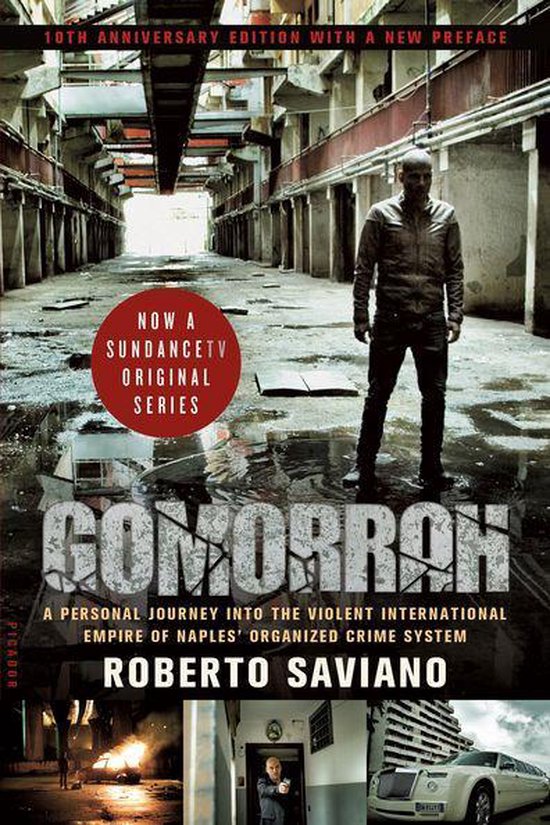 Gomorrah is a bold and important work of investigative writing that holds global significance, one heroic young man's impassioned story of a place under the rule of a murderous organization.

A groundbreaking major bestseller in Italy, Gomorrah is Roberto Saviano's gripping nonfiction account of the decline of Naples under the rule of the Camorra, an organized crime network with a large international reach and stakes in construction, high fashion, illicit drugs, and toxic-waste disposal. Known by insiders as "the System," the Camorra affects cities and villages along the Neapolitan coast, and is the deciding factor in why Campania, for instance, has the highest murder rate in all of Europe and whycancer levels there have skyrocketed in recent years.

Saviano tells of huge cargoes of Chinese goods that are shipped to Naples and then quickly distributed unchecked across Europe. He investigates the Camorra's control of thousands of Chinese factories contracted to manufacture fashion goods, legally and illegally, for distribution around the world, and relates the chilling details of how the abusive handling of toxic waste is causing devastating pollution not only for Naples but also China and Somalia. In pursuit of his subject, Saviano worked as an assistant at a Chinese textile manufacturer, a waiter at a Camorra wedding, and on a construction site. A native of the region, he recalls seeing his first murder at the age of fourteen, and how his own father, a doctor, suffered a brutal beating for trying to aid an eighteen-year-old victim who had been left for dead in the street.