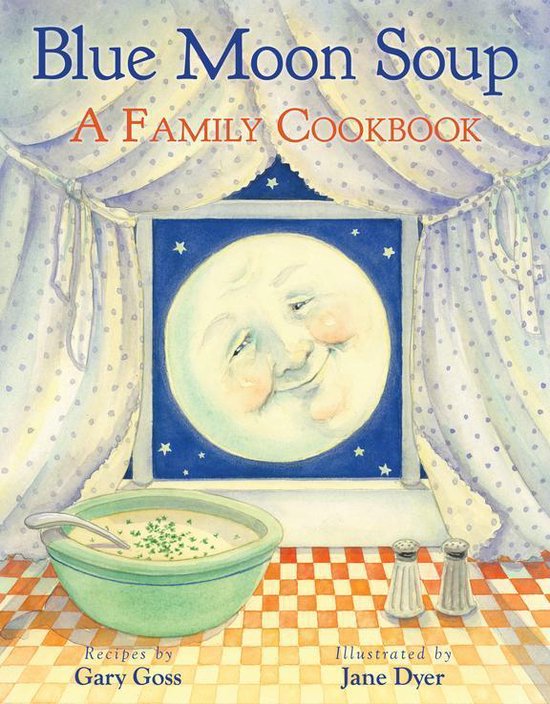 Soup is delicious in every season, and this delightful cookbook includes over thirty recipes for fall, winter, spring, and summer soups, as well as related recipes for bread, salads, and snacks. Using tasty ingredients and winning combinations, Chef Gary Goss proves that even beginning chefs can create scrumptious soups! Recipes are charmingly named: "You Can"t Elope" (a cold cantaloupe soup) or "Sob Soup" (made with onions). Most notably, however, are Dyer's ethereal illustrations that gracefully accompany the recipes, offering images of dancing celery and sunbathing tomatoes that are sure to keep kids engaged while in the kitchen.


Blue Moon Soup, originally published fourteen years ago, is a quintessential cookbook—and a beautiful gift book for holidays and birthdays alike! Blue Moon Soup is the winner of such awards as the Smithsonian Notable Books for Children, Nappa Award, Oppenheim Toy Portfolio Gold Award, Real Life Award, and Bookbuilders of Boston, as well as the Parents' Choice Award. Explore the joys of cooking with children while enjoying some delicious seasonal soups!