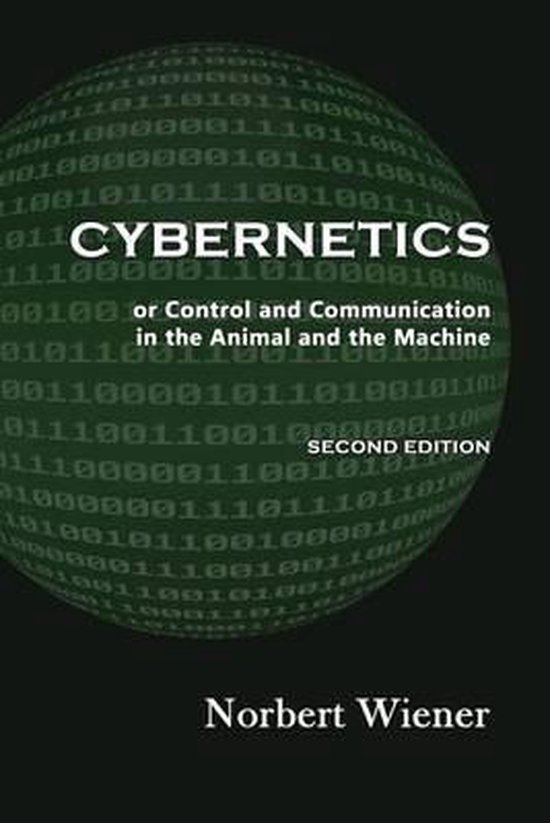 Or Control and Communication in the Animal and the Machine
koop bij bol.com
Inhoud
Betrokkenen

"
""CYBERNETICS,"" in its authoritative and final Second Edition, and available in a modern and highly legible presentation - not a ""facsimile edition"" (photocopy) of the printing as are cheap recreations. Instead, the Quid Pro Books edition allows the reader to experience the best version of the work in a contemporary but affordable printing, not just as a facsimile or reprint. NOTE: Only the Quid Pro edition offers these features, even if this description erroneously appears under other press's versions or older, ""used"" copies of the work.] A quality, affordable ebook version of this classic work is also available from Quid Pro Books.
""CYBERNETICS"" is on virtually everyone's short list of the most important and influential nonfiction books of the last century. First published by MIT mathematics professor Norbert Wiener in 1948, and later in its Second Edition in 1961, this groundbreaking account of systems, thought processes, AI, and the use of ""feedback"" foreshadowed intelligent and replicating machines, complex organizational organisms, and the physiology and failure of the human nervous system. Its 1961 Second Edition is the same version republished in many printed paperback editions since (such as the ""1965 printing"" by MIT Press), and represents the culmination of the author's work on this project.
No small wonder this has been widely read by scientists and lay readers alike, to understand the origins and future of computers, wider communication pathways, the use of feedback to refine actions and thought processes, and the logic and math behind non-linear systems. Educated readers know the term ""cybernetics""; this book coined the term and created an entire field of interdisciplinary study that resonates today, and led to the ""cyber""-everything that we know.
Norbert Wiener, known as the ""Father of Cybernetics,"" has influenced such fields of study as game theory, system theory, sociology, psychology and neuroscience, modern philosophy, organizational theory, and even architecture."