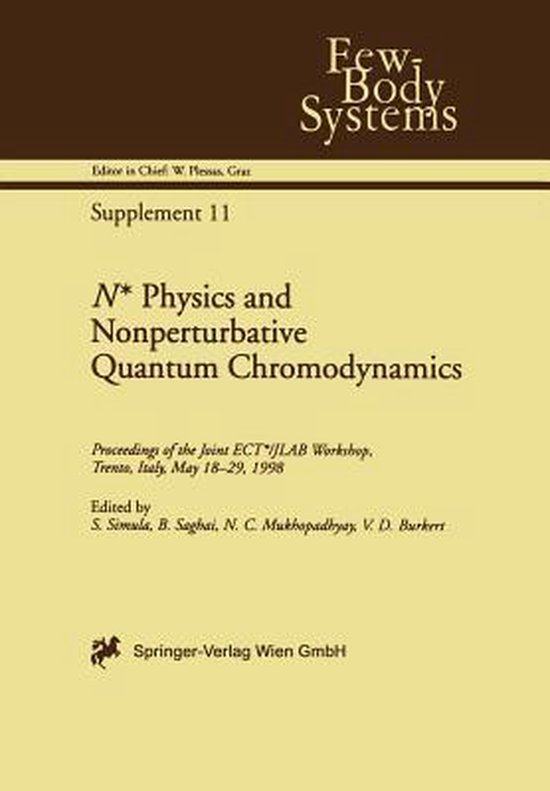 The Workshop N* Physics and non-perturbative QeD was held at the Eu ropean Center for Theoretical Studies and Related Areas (ECT*) in Trento, Italy, during May 18-29, 1998. Previous workshops of the series on N* Physics took place at the Florida State University (1994), at CEBAF (1995), at the Institute for Nuclear Theory in Seattle (1996) and at the George Washington University (1997). The Workshop was devoted to a summary of recent experimental and the oretical research on N* phsyics and special emphasis was given to the infor mation that photo-and electro-production of nucleon resonances can provide on the non-perturbative regime of Quantum Chromodynamics. The idea was to stimulate discussions among experimentalists and theoreticians in order to pursue the interpretation of the huge amount of forthcoming data from several laboratories in the world. It was therefore decided to have both experimental and theoretical lectures on the main topics, like ,among the others, single and double pion production, TJ-and K-meson production, the GDH sum rule, the spin of the proton, etc. Thanks to the unusual two-week extension of the Work shop, the allotted time for the lectures was extended up to one hour in order to allow the invited lecturers to give a detailed presentation of their topics. Fi nally, various short contributions were selected to sharpen the discussion about selected items.