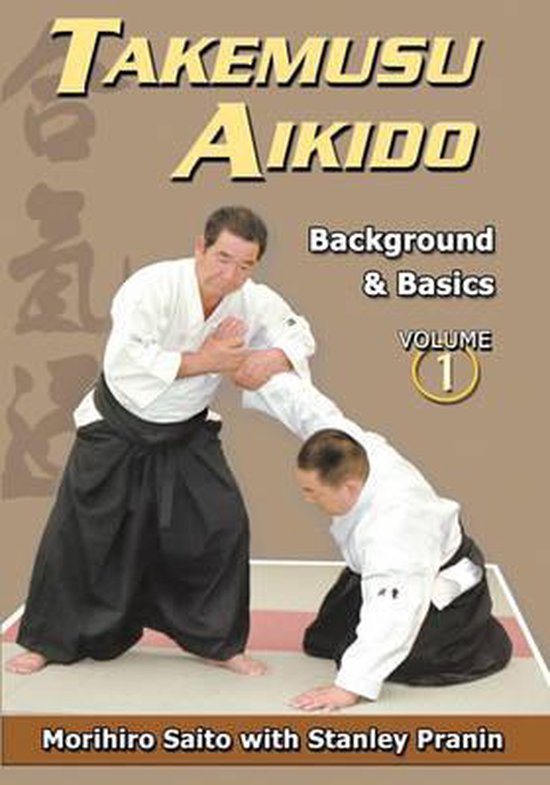 This work, "Takemusu Aikido, Volume 1: Background & Basics," is the first of Morhiro Saito s new comprehensive series of Aikido technical manuals. Saito Sensei, 9th dan, and one of Aikido s leading experts, presents more than sixty variations of ikkyo, nikyo, sankyo, and yonkyo techniques, the most essential of the art s basic forms. Illustrated with over 600 photographs and accompanied by clear and detailed step-by-step explanations, "Background & Basics" provides an indispensable guide for both beginning and advanced practitioners. Morihiro Saito, is the author of the highly acclaimed technical series, "Traditional Aikido," published in the early 1970s. Saito enrolled as a student of Aikido Founder Morihei Ueshiba in 1946. One of the art s foremost technicians, he was the acknowledged authority on aikido weapons training. Saito operated Ueshiba s private dojo in Iwama, Japan and served as guardian of the Aiki Shrine for more than 30 years. He traveled extensively throughout the world teaching his comprehensive aikido training methods for three decades.Stanley A. Pranin is a 5th degree black belt and editor-in-chief of "Aikido Journal." Pranin began Aikido practice in 1962 and started training under Morihiro Saito in Iwama in 1977. He served as Saito Sensei s interpreter at numerous international seminars during the 1980s. Pranin is the author of "The Aiki News Encyclopedia of Aikido" and "Aikido Pioneers - Prewar Era," a collection of interviews with early disciples of the Founder of Aikido.