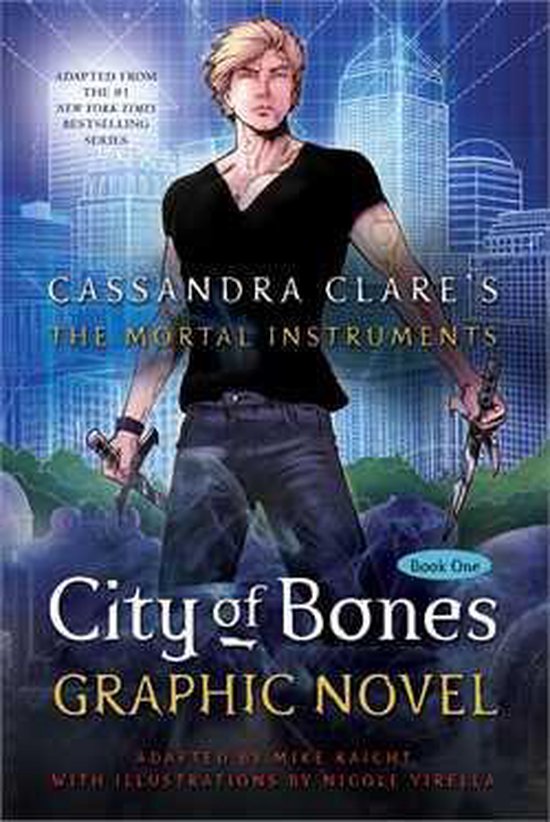 Dont miss The Mortal Instruments: City of Bones, soon to be a major motion picture in theaters August 2013.

A graphic novel adaptation of the gripping and exhilarating City of Bones, Book One in the #1 New York Times bestselling Mortal Instruments series.

When Clary Fray heads out to the Pandemonium Club in New York City, she never expects to witness a murder. Much less one committed by three teenagers covered in odd markings and brandishing strange weaponsand a victim that vanishes completely. Its hard to call the police when the murderers are invisible to everyone else and there is nothingnot even a smear of bloodto show that someone died. This is Clarys first encounter with the Shadowhunters, highly trained warriors dedicated to ridding the earth of demonsand keeping rogue werewolves and vampires in line.

Its also her first meeting with the gorgeous Shadowhunter Jace. Within twenty-four hours, Clary is pulled into Jaces world with a vengeance: Her mother disappears and Clary herself is attacked by a demon. But why are demons hunting an ordinary mundane like Clary? And how did she suddenly get the Sight? The Shadowhunters would like to know...

This vibrant graphic novel adaptation retains all of the romance and exhilarating action of the original story.