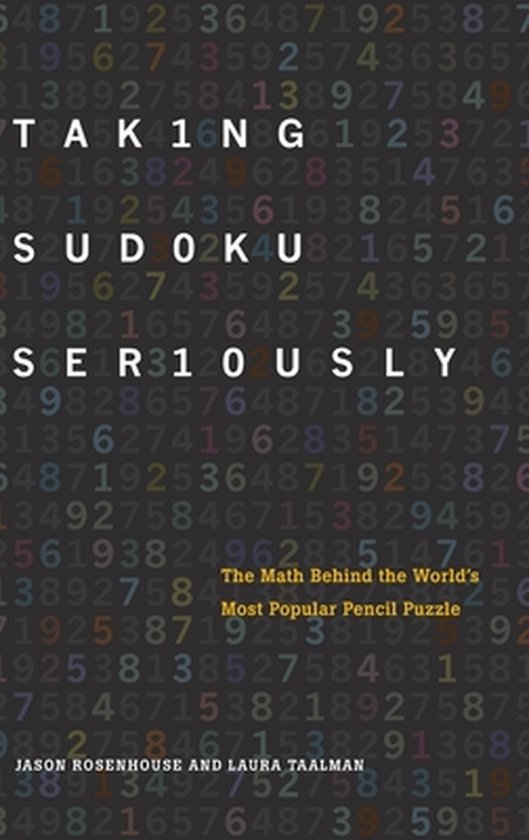 The Math Behind the World's Most Popular Pencil Puzzle
€40.99 bij bol.com
Inhoud
Betrokkenen

Packed with more than a hundred color illustrations and a wide variety of puzzles and brainteasers, Taking Sudoku 2eriously uses this popular craze as the starting point for a fun-filled introduction to higher mathematics. How many Sudoku solution squares are there? What shapes other than three-by-three blocks can serve as acceptable Sudoku regions? What is the fewest number of starting clues a sound Sudoku puzzle can have? Does solving Sudoku require mathematics? Jason Rosenhouse and Laura Taalman show that answering these questions opens the door to a wealth of interesting mathematics. Indeed, they show that Sudoku puzzles and their variants are a gateway into mathematical thinking generally. Among many topics, the authors look at the notion of a Latin square-an object of long-standing interest to mathematicians-of which Sudoku squares are a special case; discuss how one finds interesting Sudoku puzzles; explore the connections between Sudoku, graph theory, and polynomials; and consider Sudoku extremes, including puzzles with the maximal number of vacant regions, with the minimal number of starting clues, and numerous others. The book concludes with a gallery of novel Sudoku variations-just pure solving fun! Most of the puzzles are original to this volume, and all solutions to the puzzles appear in the back of the book or in the text itself. A math book and a puzzle book, Taking Sudoku Seriously will change the way readers look at Sudoku and mathematics, serving both as an introduction to mathematics for puzzle fans and as an exploration of the intricacies of Sudoku for mathematics buffs.