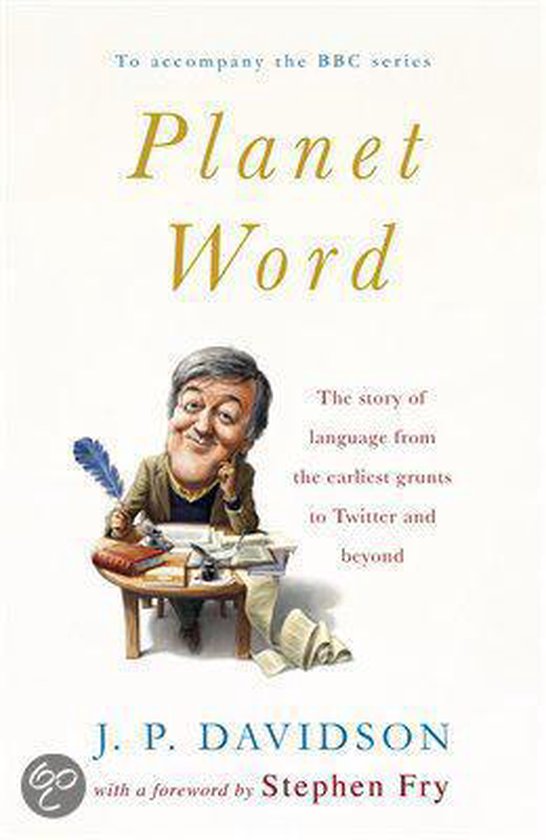 Unravel the mysteries of language with J.P. Davidson's remarkable Planet Word . The way you speak is who you are and the tones of your voice and the tricks of your emailing and tweeting and letter-writing, can be recognised unmistakably in the minds of those who know and love you . (Stephen Fry). From feral children to fairy-tale princesses, secrets codes, invented languages - even a language that was eaten! - Planet Word uncovers everything you didn't know you needed to know about how language evolves. Learn the tricks to political propaganda, why we can talk but animals can't, discover 3,000-year-old clay tablets that discussed beer and impotence and test yourself at textese - do you know your RMEs from your LOLs? Meet the 105-year-old man who invented modern-day Chinese and all but eradicated illiteracy, and find out why language caused the go-light in Japan to be blue. From the dusty scrolls of the past to the unknown digital future, and with (heart) the first graphic to enter the OED, are we already well on our way to a language without words? In a round-the-world trip of a lifetime, discover all this and more as J. P. Davidson travels across our gloriously, endlessly intriguing multilingual Planet Word . John Paul Davidson is a film and television director and producer. After studying at Bristol University and completing his doctoral field work in The University of Malysia, he joined the BBC's Travel and Exploration Unit as their resident anthropologist. Stephen Fry's film, stage, radio and television credits are numerous and wide-ranging. He has written, produced, directed, acted in or presented productions as varied as Wilde , Blackadder , Jeeves and Wooster , A Bit of Fry and Laurie , Fry's English Delight and QI . After writing many successful books, his recent memoir The Fry Chronicles was a number one bestseller.