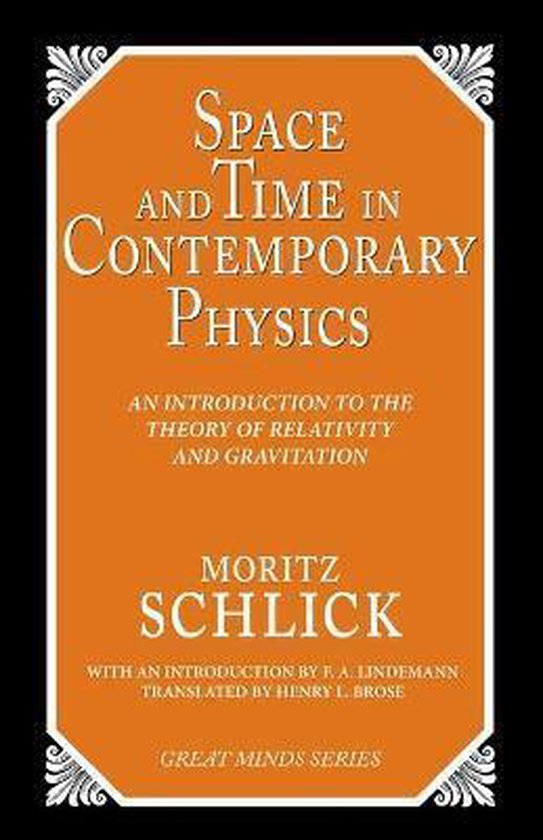 Space and Time in Cotemporary Physics

An Introduction to the Theory of Relativity And Gravitation
€13.49 bij bol.com
Inhoud
Betrokkenen
Vertaling

This is one of the clearest expositions in layperson's terms of Einstein's theory of relativity and its paradigm-shifting implications for philosophy and commonsense notions of reality. Moritz Schlick, the influential German philosopher and leader of the positivist school of philosophy known as the Vienna Circle, wrote this short work in 1919 specifically to introduce readers unfamiliar with Einstein's theories to the profound importance of the physicist's immense contributions. Einstein himself reviewed Schlick's work before publication and is thanked in the preface for giving me many useful hints. With a talent for illustrative analogies and a concise, lucid style of presentation, Schlick explains both the special and the general theories of relativity. Beginning with the older Newtonian view of space, time, and the laws governing matter, the author proceeds to show how Einstein's theories solved certain problems inherent in the old view and provided a radical new conception of reality. Separate chapters discuss the special principle of relativity, the geometrical relativity of space, the mathematical formulation of special relativity, the inseparability of geometry and physics in experience, the relativity of motions and the connection with inertia and gravitation, the general theory of relativity, the significance of Einstein's fundamental new law, the finitude of the universe, and the impact of Einstein's ideas on philosophy. Since their original publication, numerous experiments have confirmed Einstein's ideas. Thus, Schlick's work continues to be a valuable and highly accessible explication of one of science's most enduring achievements.