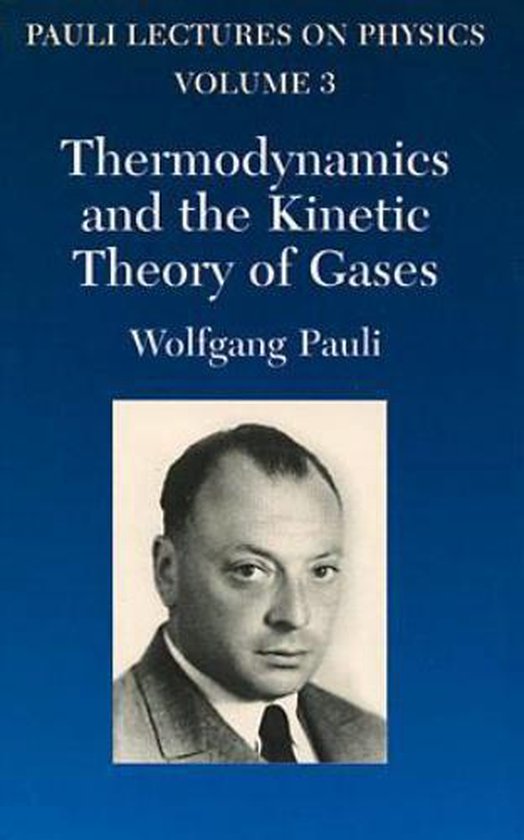 Thermodynamics and the Kinetic Theory of Gases

In the 1950s, the distinguished theoretical physicist Wolfgang Pauli delivered a landmark series of lecturers at the Swiss Federal Institute of Technology in Zurich. His comprehensive coverage of the fundamentals of classical and modern physics was painstakingly recorded not only by his students, but also by a number of collaborators whose carefully edited transcriptions resulted in a remarkable six-volume work. This volume, the third in that series, offers a superb course on phenomenological thermodynamics, with emphasis given to historic development and the logical structure of the theory. Topics include basic concepts and the First Law, the Second Law, equilibria, Nernst's heat theorem, and the kinetic theory of gases.
Originally published in 1973, the text remains an important resource for physicists and students thanks to Pauli's manner of presentation. As Victor F. Weisskopf notes in the Foreword to the series, Pauli's style is "commensurate to the greatness of its subject in its clarity and impact &;. Pauli's lectures show how physical ideas can be presented clearly and in good mathematical form, without being hidden in formalistic expertise." Alone or as part of the complete set, this volume represents a solid introduction to thermodynamics that will be invaluable to individuals, as well as to libraries and other institutions.